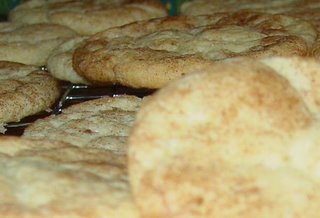 Combine the sugar and cinnamon. form dough into balls (walnut sized) and roll in sugar-cinnamon mixture. Place 2" apart on baking sheet. Bake about 10 to 12 minutes or until golden brown. Remove and cool on rack. Snickerdoodles will puff up at first and then flatten out during baking. 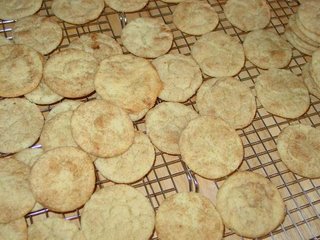 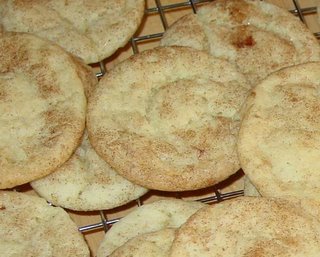